Following on from Kirtling Tower we drove some twenty minutes away to the village of Balsham, still in Cambridgeshire, where we found The Garden Gate is Wide Open. It displays a 7.5 ton lorry restriction, surely a first in my journey of garden visiting!

The owners previously lived in the large Manor House next door. They so loved it here that after the children had flown the nest, they built and moved into this very modern home; smooth walking surfaces, no steps and a building easy to maintain. Leaving more time to enjoy the garden!

At the front of the house are south facing borders planted in 2011 which contain a variety of gems. Ornamental and gravel to the right, 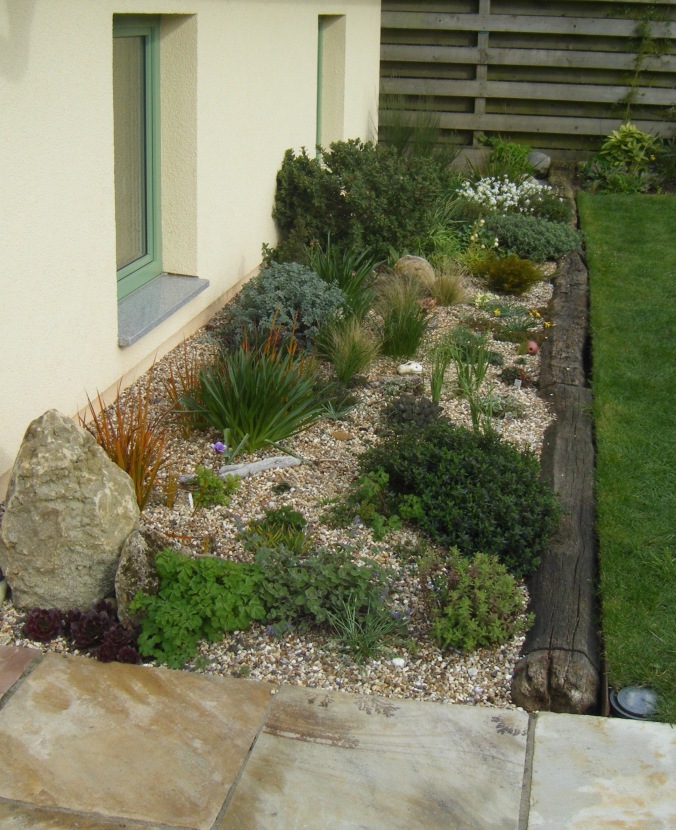 and vegetables to the left, that are grown in raised beds just a stone’s throw from the kitchen and back door. It is only March and the broad beans are already in flower. 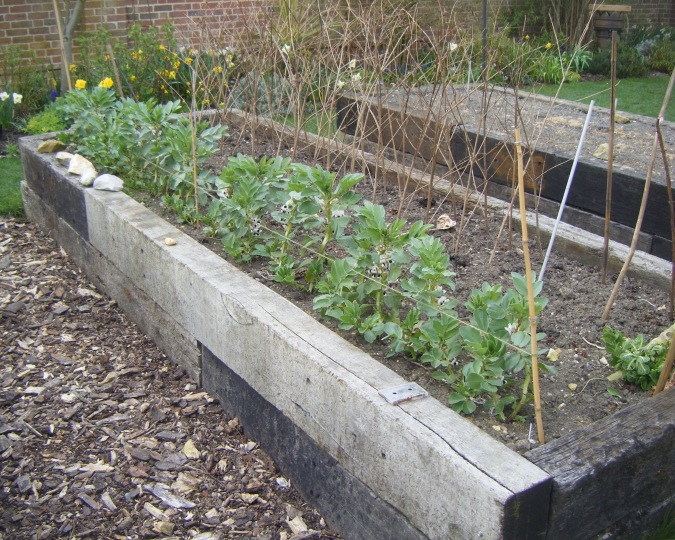 Behind the house it is very different feel. A large pond big enough for a small island, is surrounded by mature trees.

What is really noticeable is the sound of children. Volunteers are standing by on ‘pond duty’. It is a haven for youngsters here. This swing provides fun and is in constant use.

In contrast to the informality is the cleanly clipped hedge of yew which we circuit and come across the viewing mound. 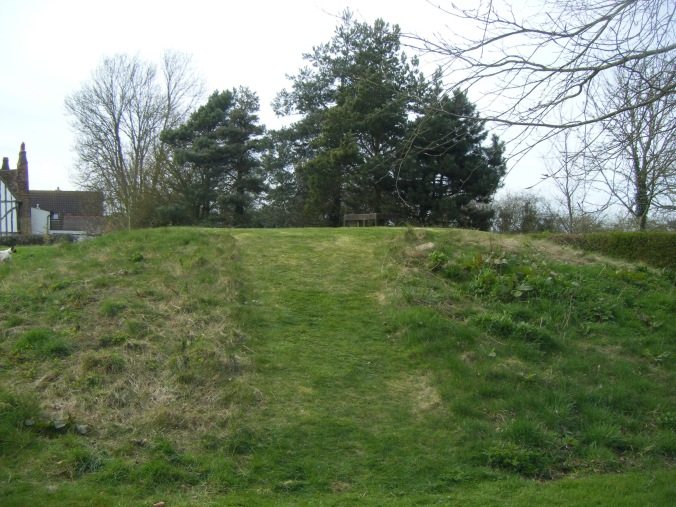 The neighbouring Nine Chimneys House is very visible over the hedge. 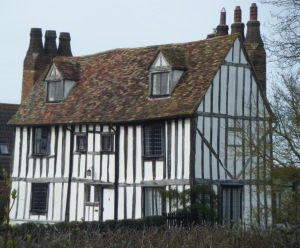 But the real reason to climb the mound is to see the musical maze. When I heard it was musical I wondered if it would have piped music, but the only sound of music was from the enjoyment of people walking within its green walls.  Thank heaven, the music is in the shape; A treble clef and two horns are shaped in the 1500 yews.

You cannot quite see it all but it is clear in the aerial view on the postcard we were kindly given at the gate.

The big balls cut out of the yew at the entrance beckon you in and there is much to explore inside the maze. 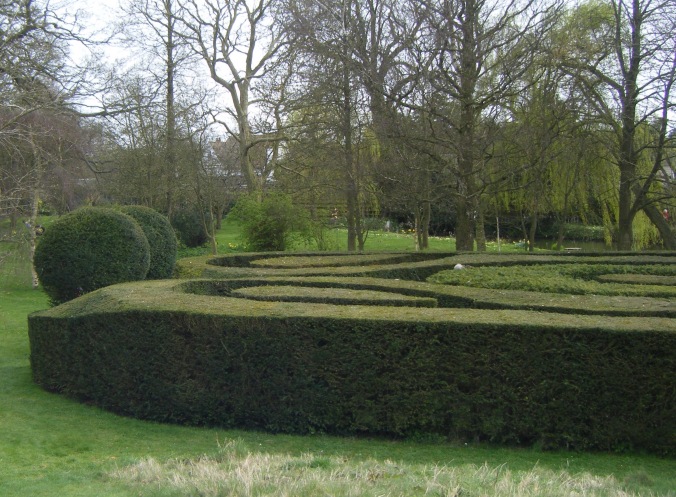 There is also plenty outside. The musical theme carries on; Cornus are growing into the shape of a note?

Close by is a human sundial laid in the grass. 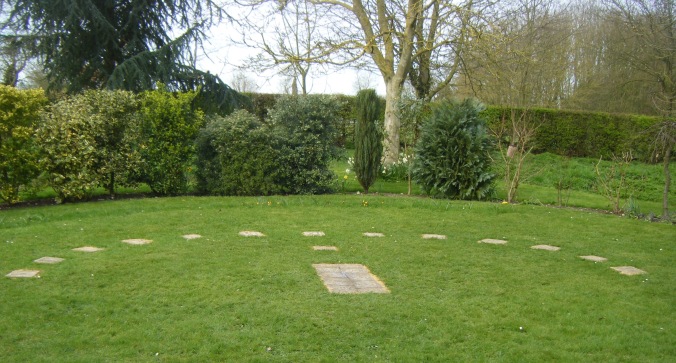 Step onto the month and your shadow will tell you the time:

There is plenty of green space for children to run and play, and the majestic Turkey Oak provides an alternative swing.

And the toadstool nestling in the growing cow parsley, offers seating for those weary legs.

At one end of the pond is an intriguing sculpture.

While at the other end a punting silhouette reflects in the water.

The tufted ducks and the golden orfe add a living dimension. 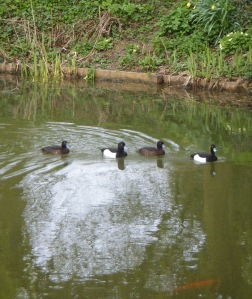 To the side of the house there is a narrow bed filled with  colourful planting:

and back at the front of the house the cat is content in a warm spot:

The sun has shone all afternoon and it is not only the children who have been busy in the garden.