It is my elder son’s wedding today and so it seems appropriate to write about a garden that he and I both visited a few weeks ago and which has a view of the magnificent building he will be married in.

The garden gate was open at Park Farm, Southwell in Nottinghamshire. 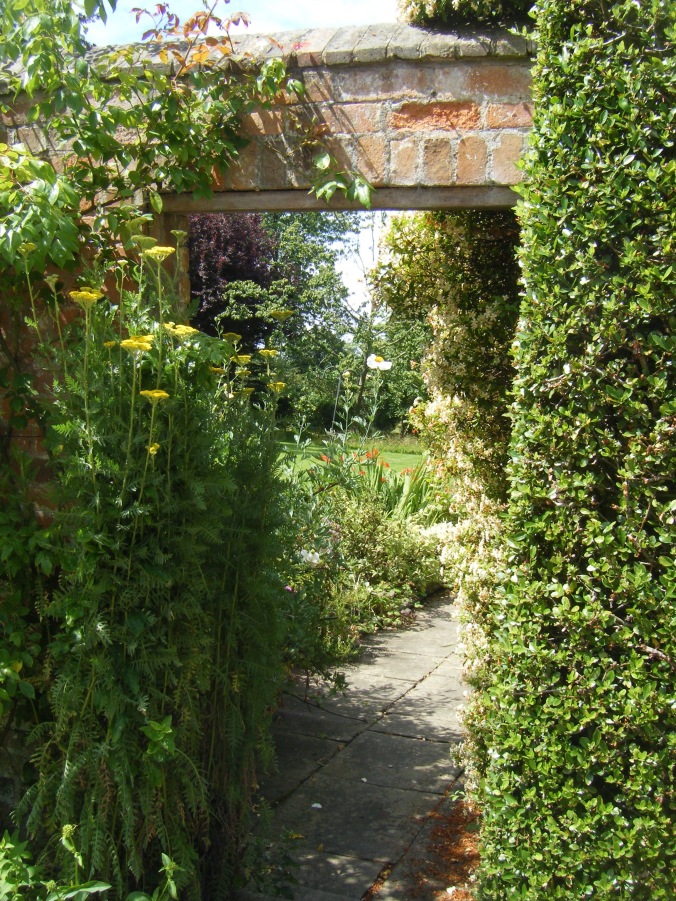 The owners Ian and Vanessa have lived here for over 30 years and it is obvious that much of their time must have been spent in the garden. The borders are packed with plants, the familiar mixed with the unusual in an explosion of colour throughout.

Standing with our back to the house in the centre of the lawn is a spreading old Bramley apple tree. It was in Southwell that the Bramley apple actually originated; in 1809 the pips were planted by a young girl named Mary Ann Brailsford who grew the seedling in her garden. In 1846 the cottage, garden and apple tree were then sold to a local butcher, Matthew Bramley. Ten years later local nurseryman Henry Merryweather asked if he could take cuttings from the tree and Bramley agreed but insisted that the apple should bear his name.

The first recorded sale of a Bramley was noted in Merryweather’s accounts on 31st October 1862 when he sold “three Bramley apples for 2/- to Mr Geo Cooper of Upton Hall”. On 6 December 1876, the Bramley was highly commended at the Royal Horticultural Society’s Fruit Committee exhibition.

Long herbaceous borders run parallel, from the steps to the end of the garden. 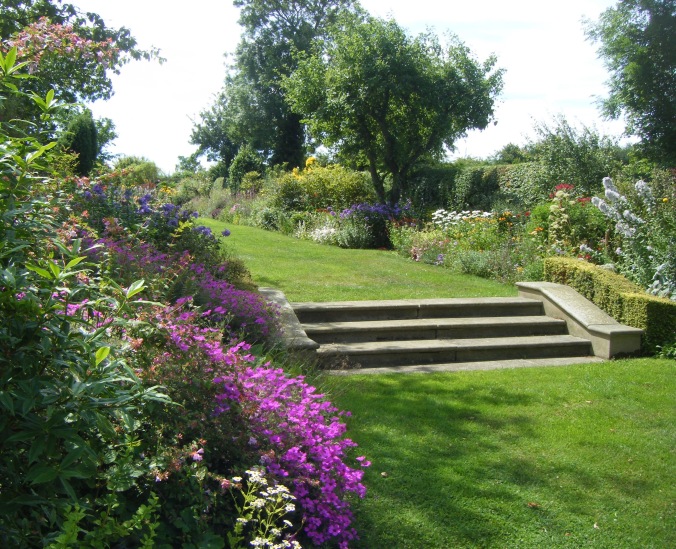 We are entertained with many combinations such as blue eryngium and pink penstemon,

bright lobelia cardinalis gives height behind the soft salvias pink and purple. Ian is particularly fond of the salvias and has a collection of over 30 both perennial and tender.

Vegetables and fruit are arranged in an area behind the hedge of finely clipped yew.

The bushes in the fruit cage are bursting with currants. Not so easy to buy and in my opinion a jelly yet to be commercially perfected. Redcurrant has to be the one fruit to grow. 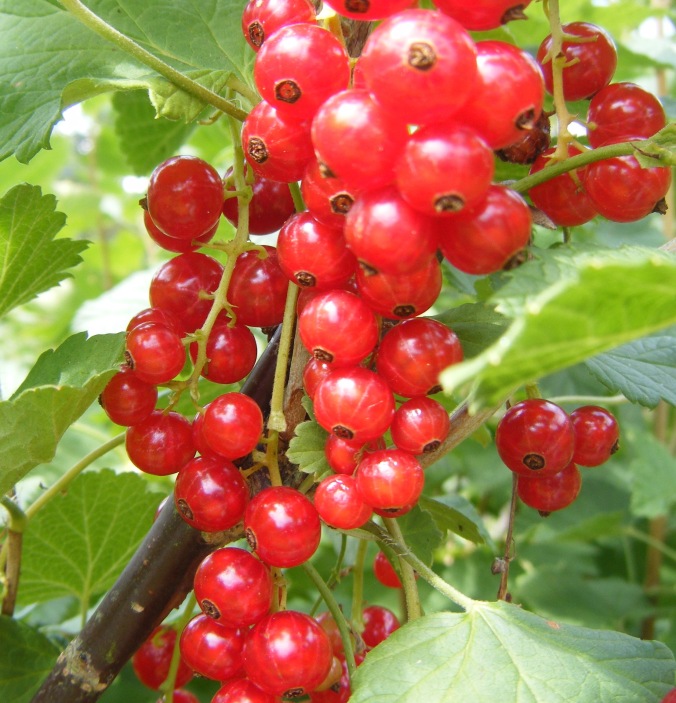 Near to the fruit is a riot of lilies; they were never planted, and are completely self-seeded so Ian is unable to give them a name.

We follow the twisting paths set behind one side of the herbaceous borders returning towards the house.  The planting is more relaxed spilling onto the path. 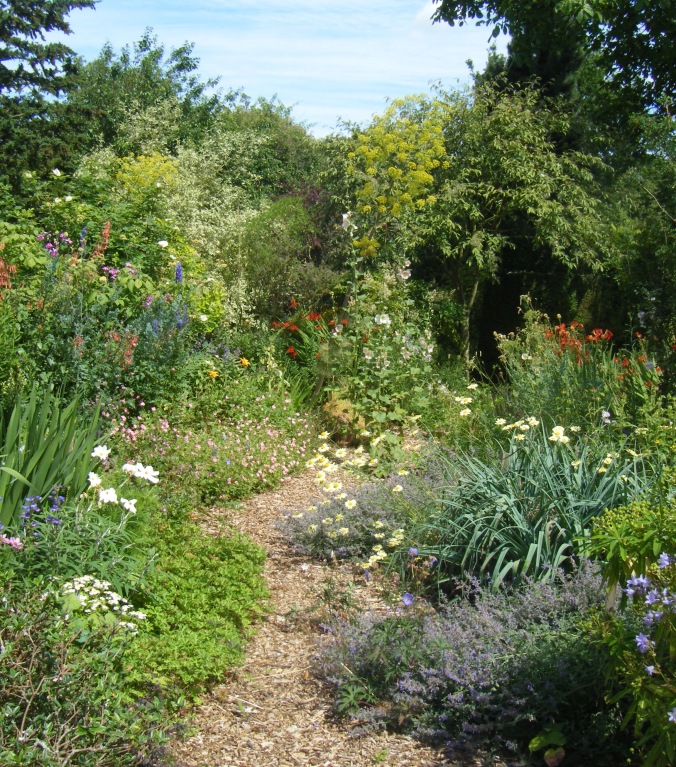 Through the shrubs, of which there are over 500 varieties, we often catch a glimpse of the towering Minster. 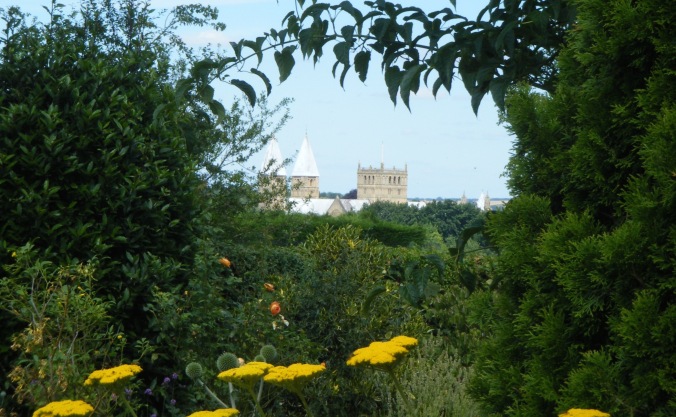 There is a touch of topiary about the garden, sited either at the end of a border, 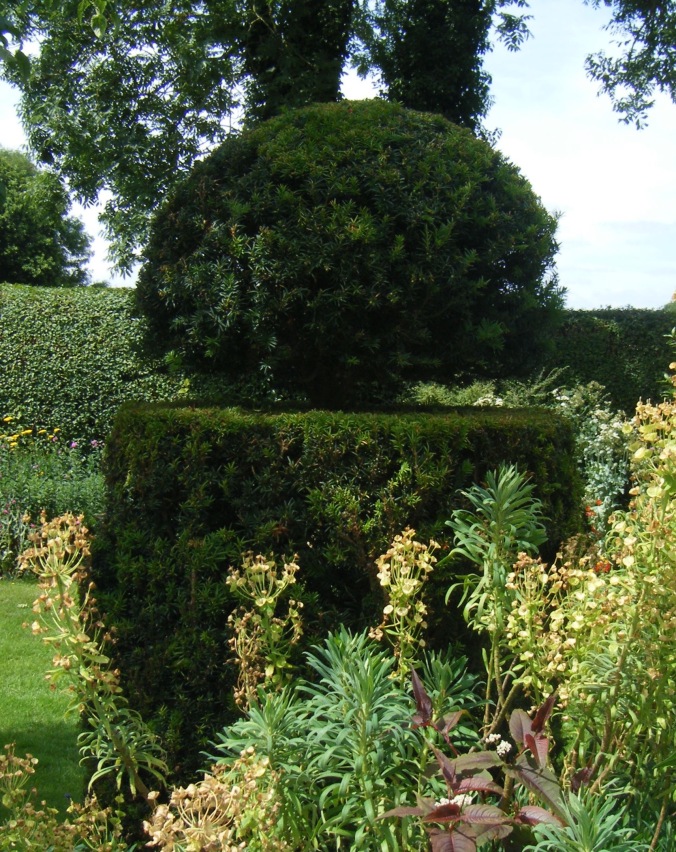 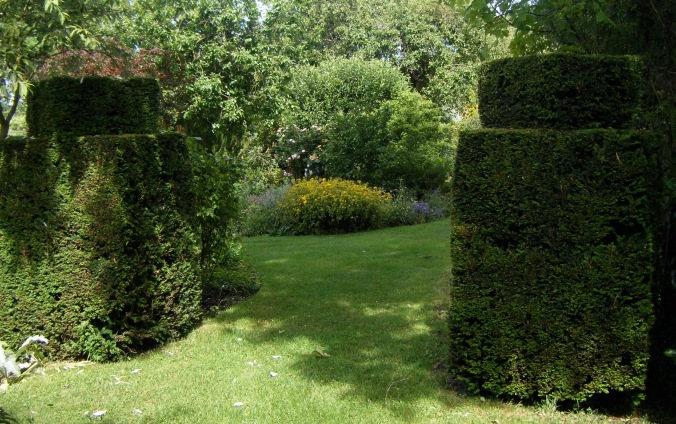 or just standing singularly by the gate into the meadow.

The field is separated from the garden by that cunning design element so beloved by the 17th century garden makers, the ha-ha.

Ian and Vanessa had it built and there is no doubt it remains a brilliant design concept, keeping the grazing livestock out but with no obtrusive fencing it enables one to enjoy a continuous and uninterrupted vista of whatever you are fortunate enough to have in the distance.

Keeping within the ha-ha we walk through the wild flower meadow to the wildlife pond which is busy with insect life. 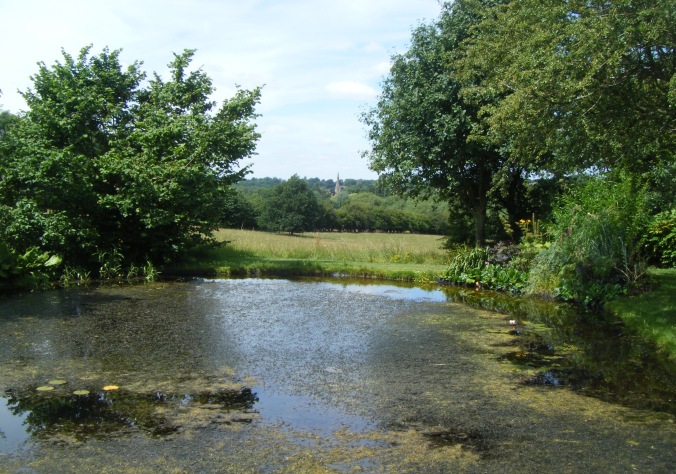 Very different from the borders on the other side of the garden but seemingly natural is a fine rockery/alpine area lying between house and pond.

In the woodland, there is a wide variety of trees, and dry wood chip paths guide us through the dappled shade, 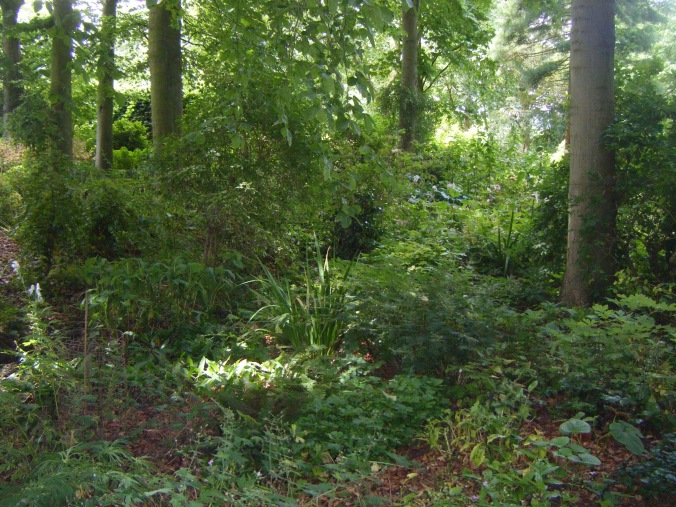 and amongst the woodland flora are little gems like Lysimachia paridiformis var. stenophylla, 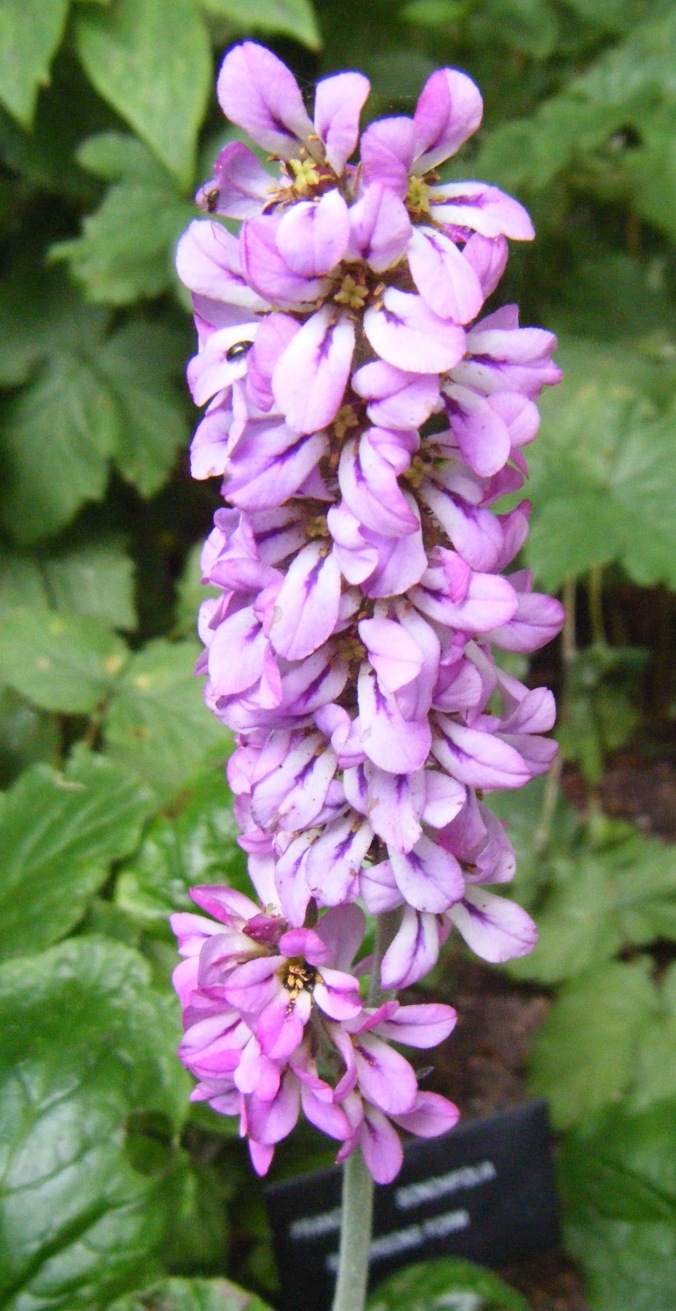 Coming out of the wood into the drive we pop our heads into the glasshouse which has a glorious abundance of grapes. 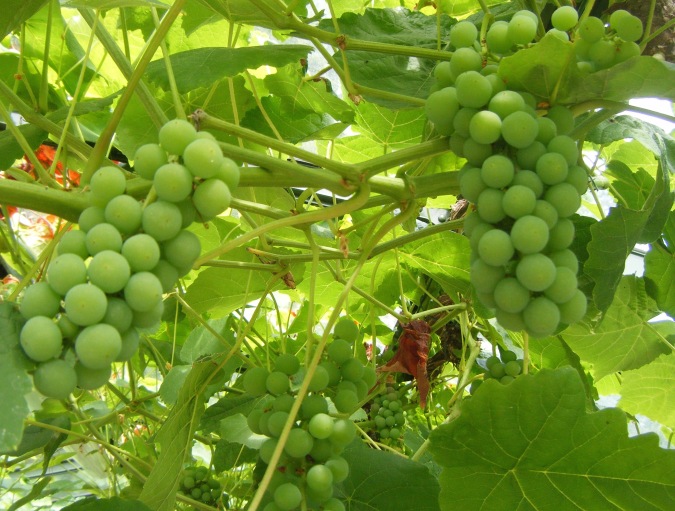 The final part of the garden lies on the other side of the drive opposite the house. A walled area has been cleared for a more formal pond where there is a gentle sound of water trickling down the metal leaf fountain. 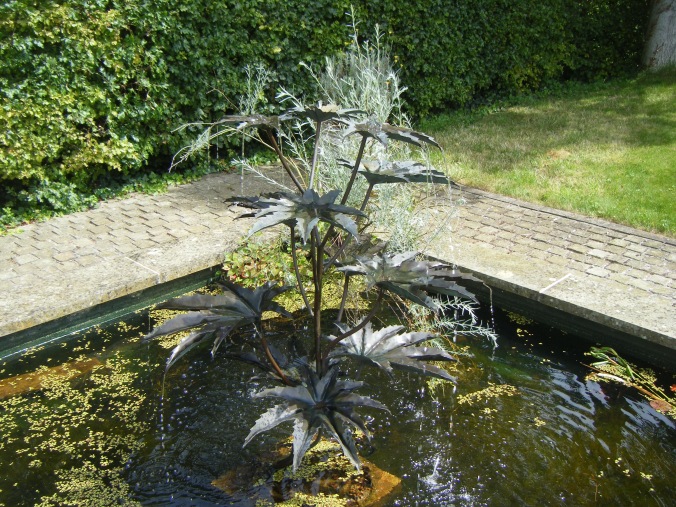 Lawn surrounds the pond and shining out from the border is a glorious spray of rosa Lady Emma Hamilton with her fruity fragrance. 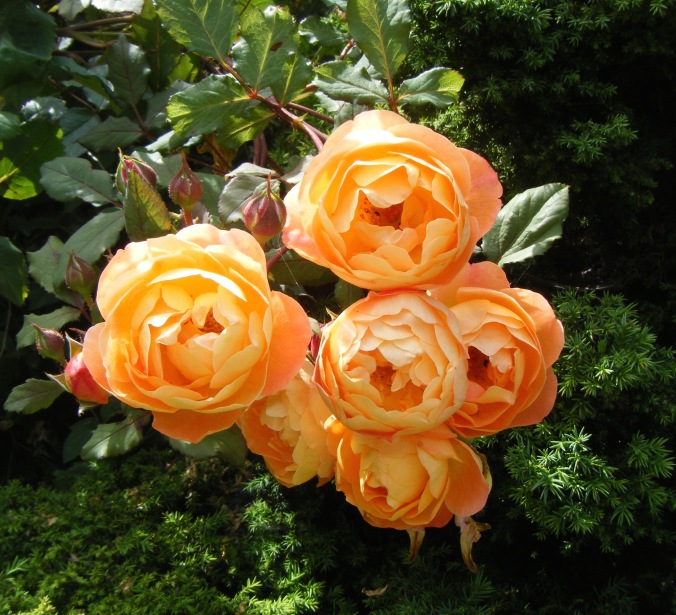 Tucked in by the wall is the intriguing amicia zygomeris from Mexico.

Driving away we cannot help but admire the fresh and lovely cestrum parqui, the willow-leaved jessamine, slightly tender I wonder at its unlikely survival in a cold Norfolk garden.

Much has interested us in this delightful 3 acre garden. Ian is a real plantsman and the many different areas he has created provide a rich diversification in habitat and a greater variety of planting.

You will have missed the open day for this year so there is plenty of time to plan a trip to Southwell next year, and what better combination than a pretty Georgian Town, a Glorious Minster and a Great Garden.

The bells of the Minster will be summoning us soon, so I must hurry now, shake out my hat and find my shoes. I will be thinking of Vanessa and Ian for their son is to be married too.